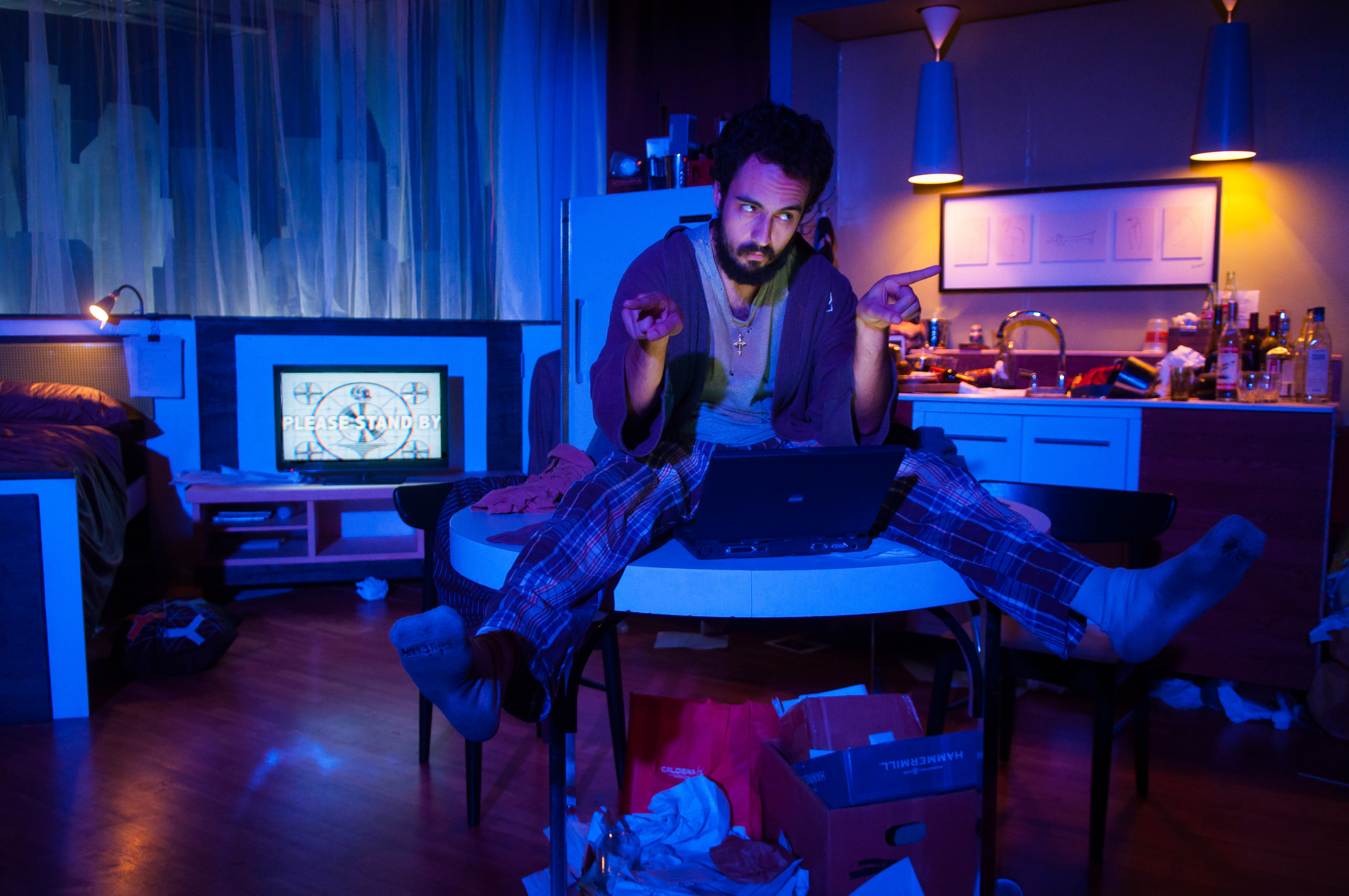 In the cramped confines of a downtown Moscow apartment, a poet contemplates his stalled career and the road blocks keeping him from greatness. Vodka, Fucking, and Television is a dark comedy about a struggling writer, and the vices holding him back. Widely regarded as one of Russia’s greatest living playwrights, Maksym Kurochkin gives this plot a surprising twist: The vices become personified, and each gets a chance to justify their presence in the hero’s life, or get the boot. Inspired by artistic malaise, Vodka, Fucking and Television is like the Cohen Brothers’ Barton Fink meets Sartre’s No Exit. There’s no question, one of them has to go. But which will it be? 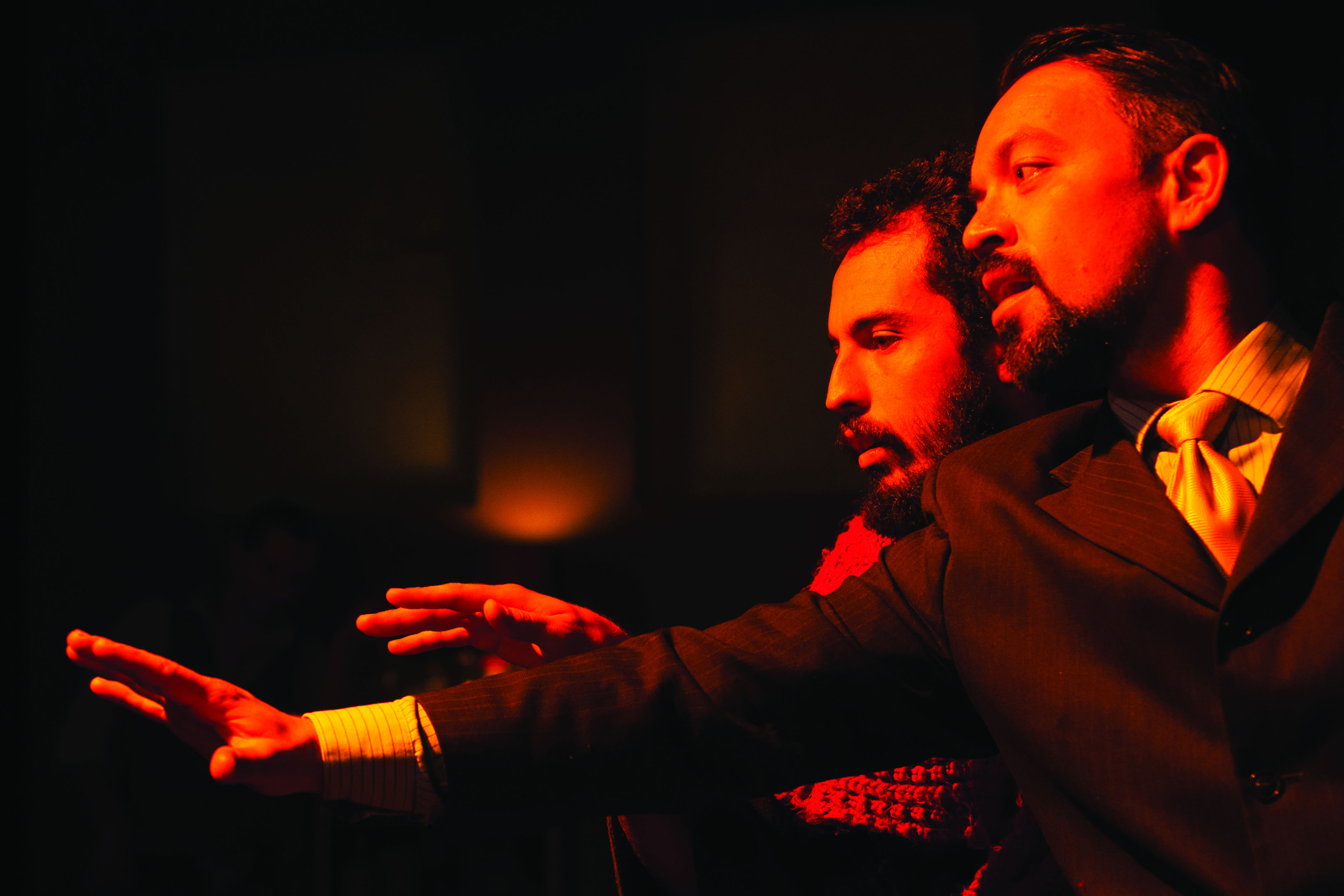 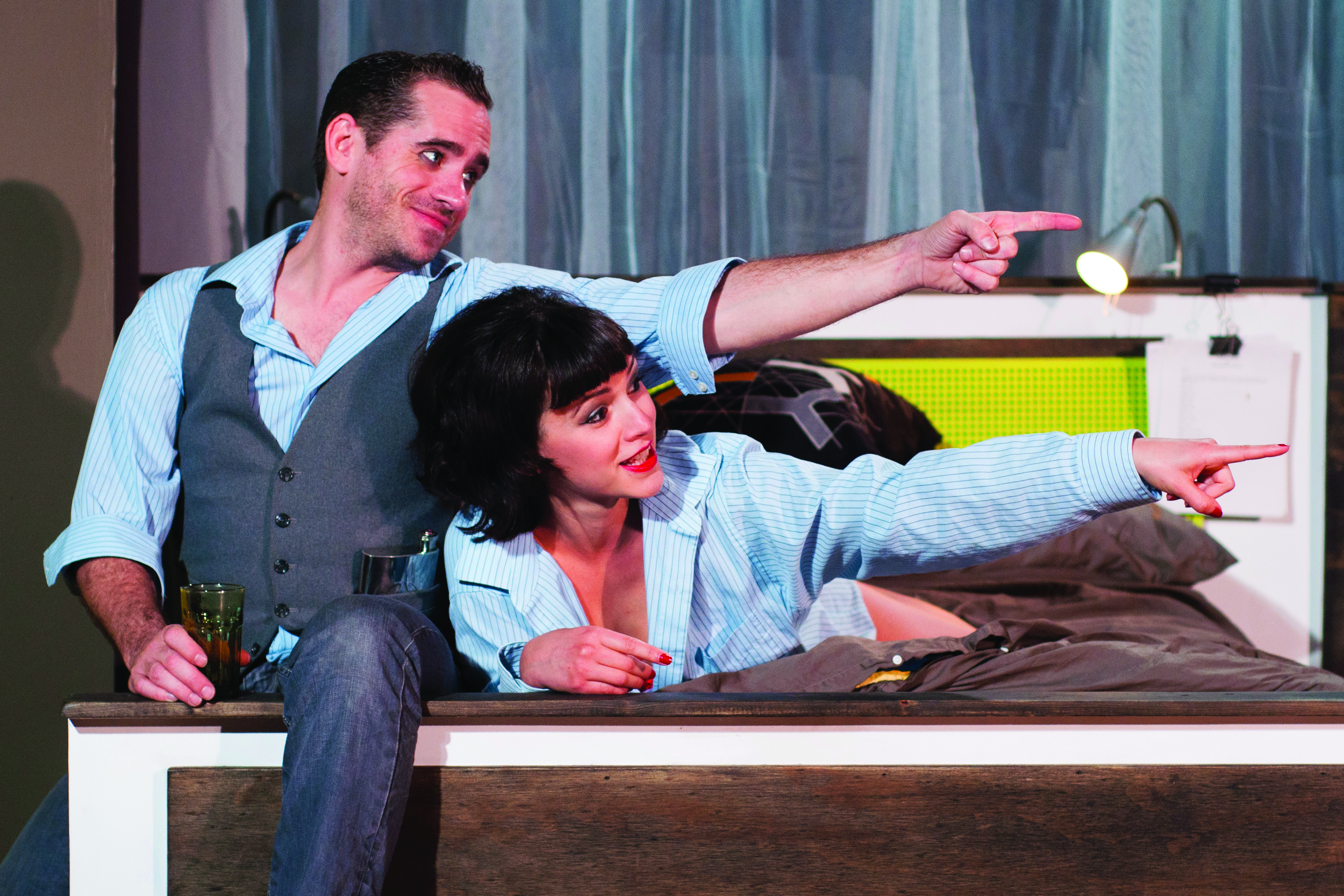 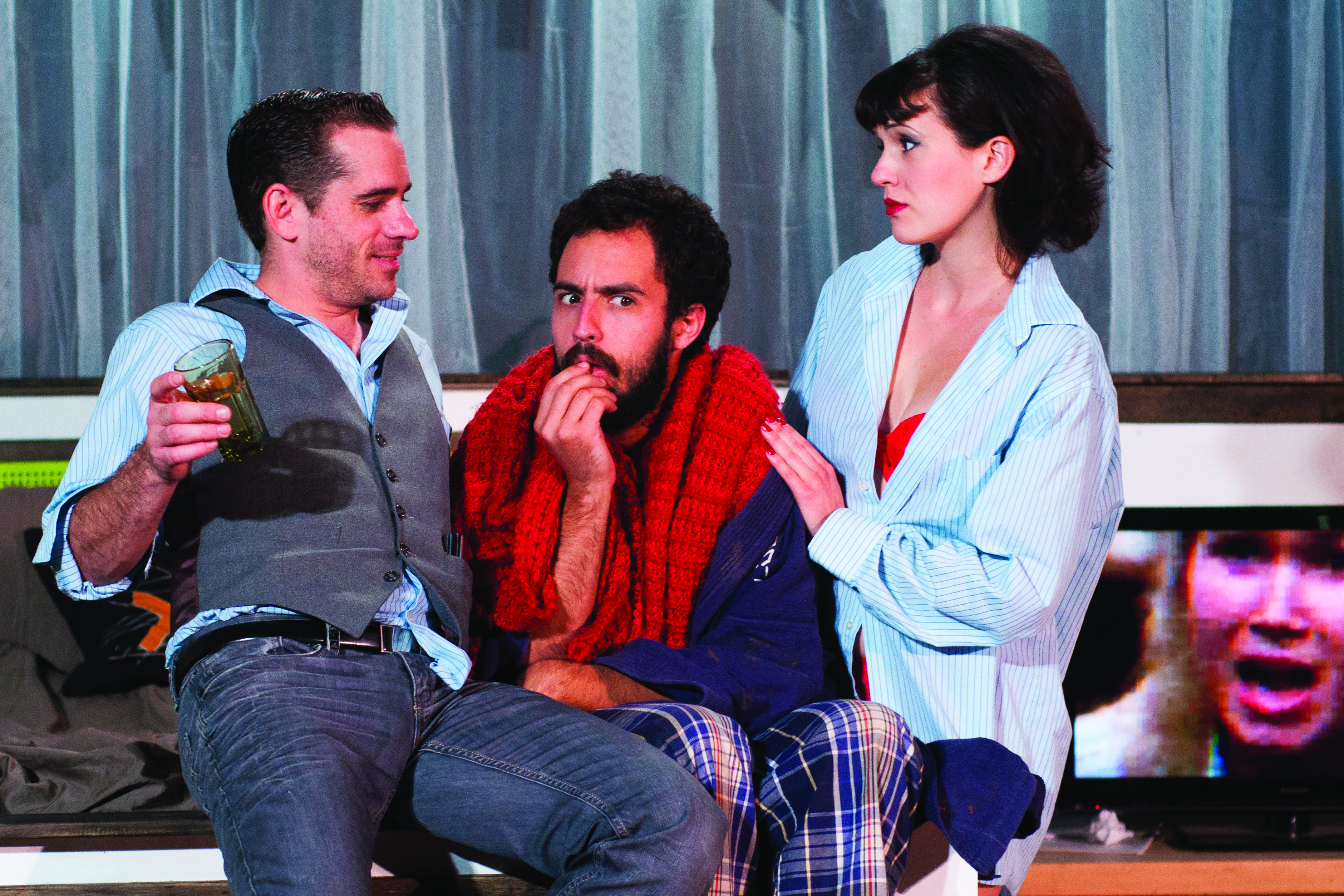 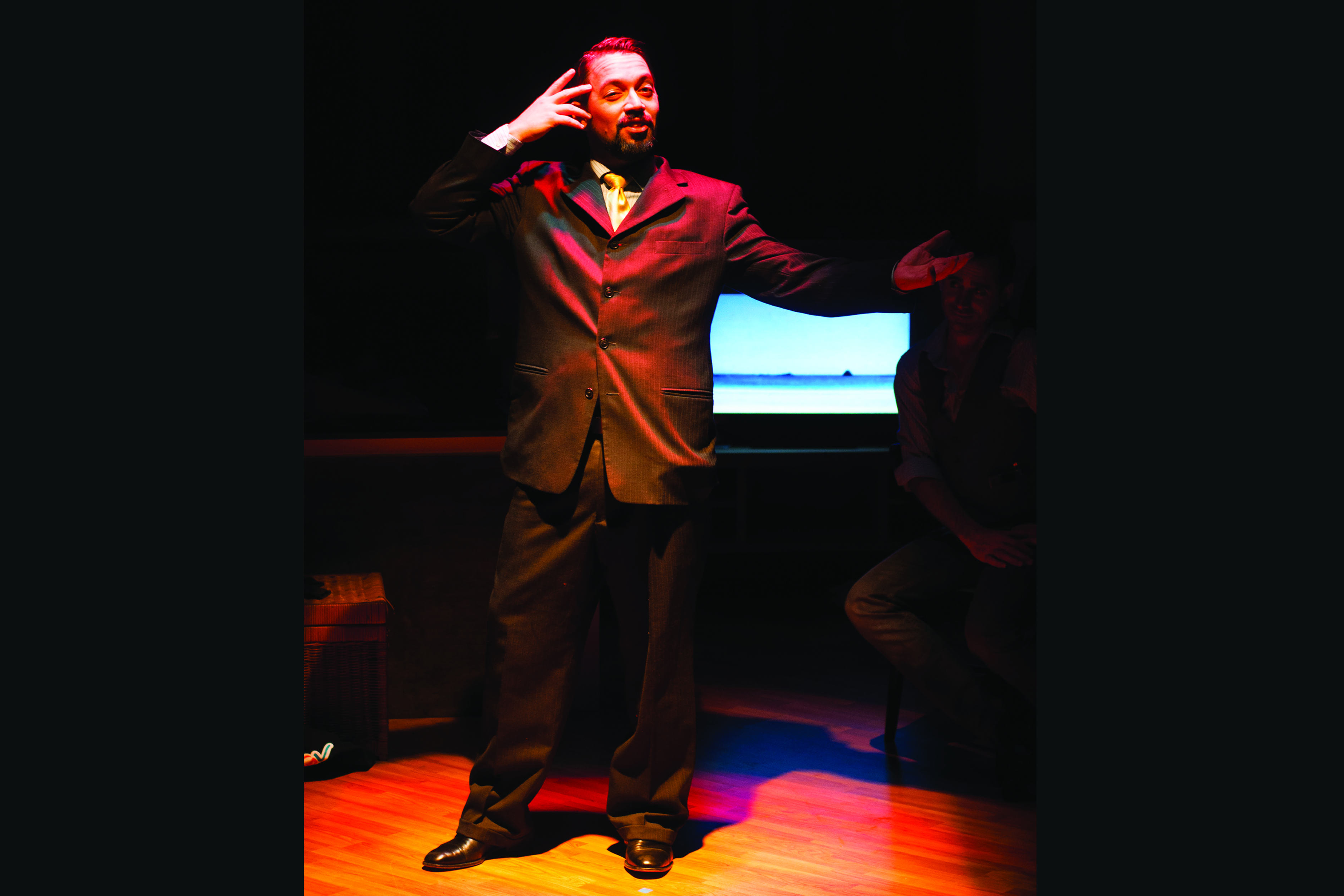 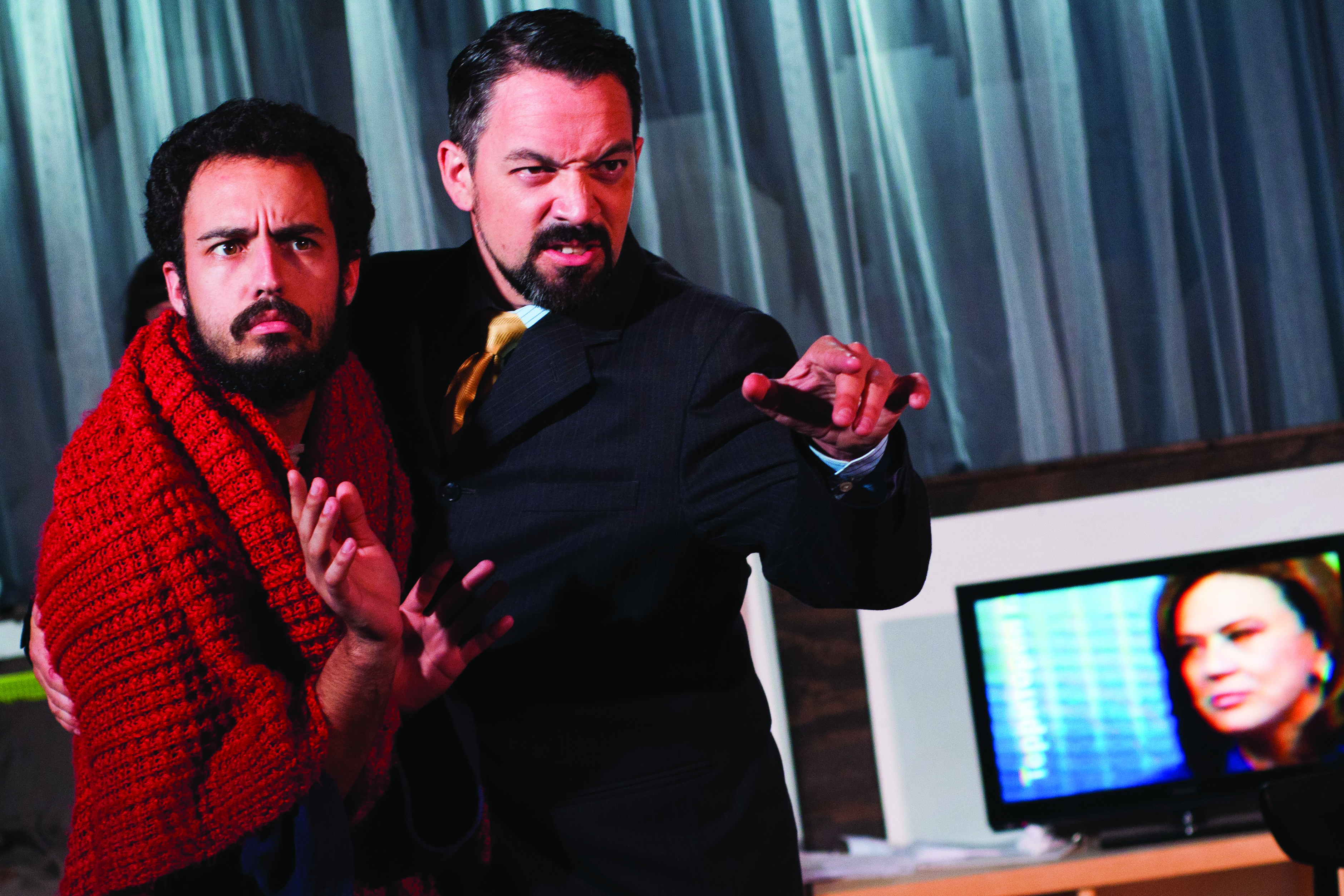 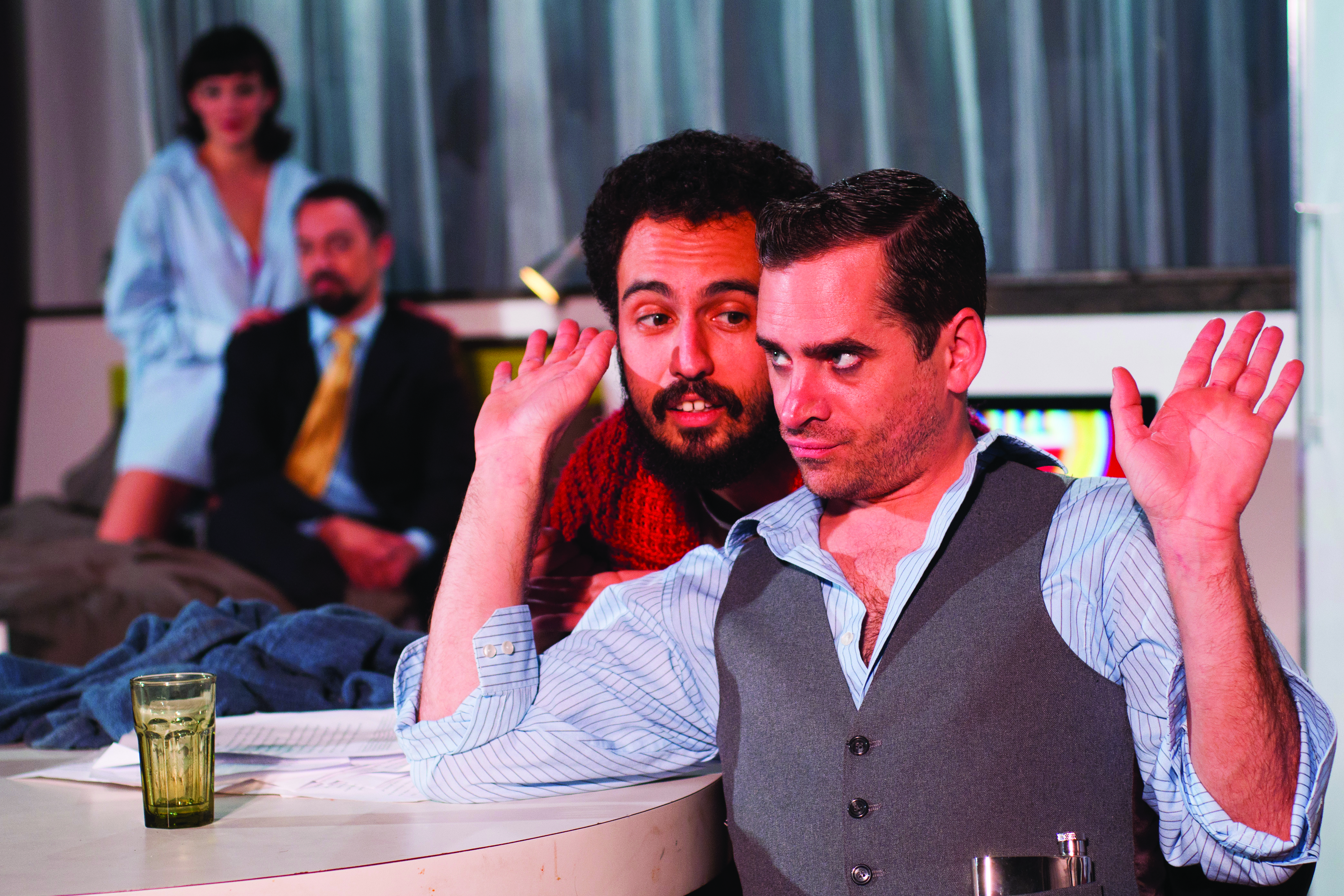 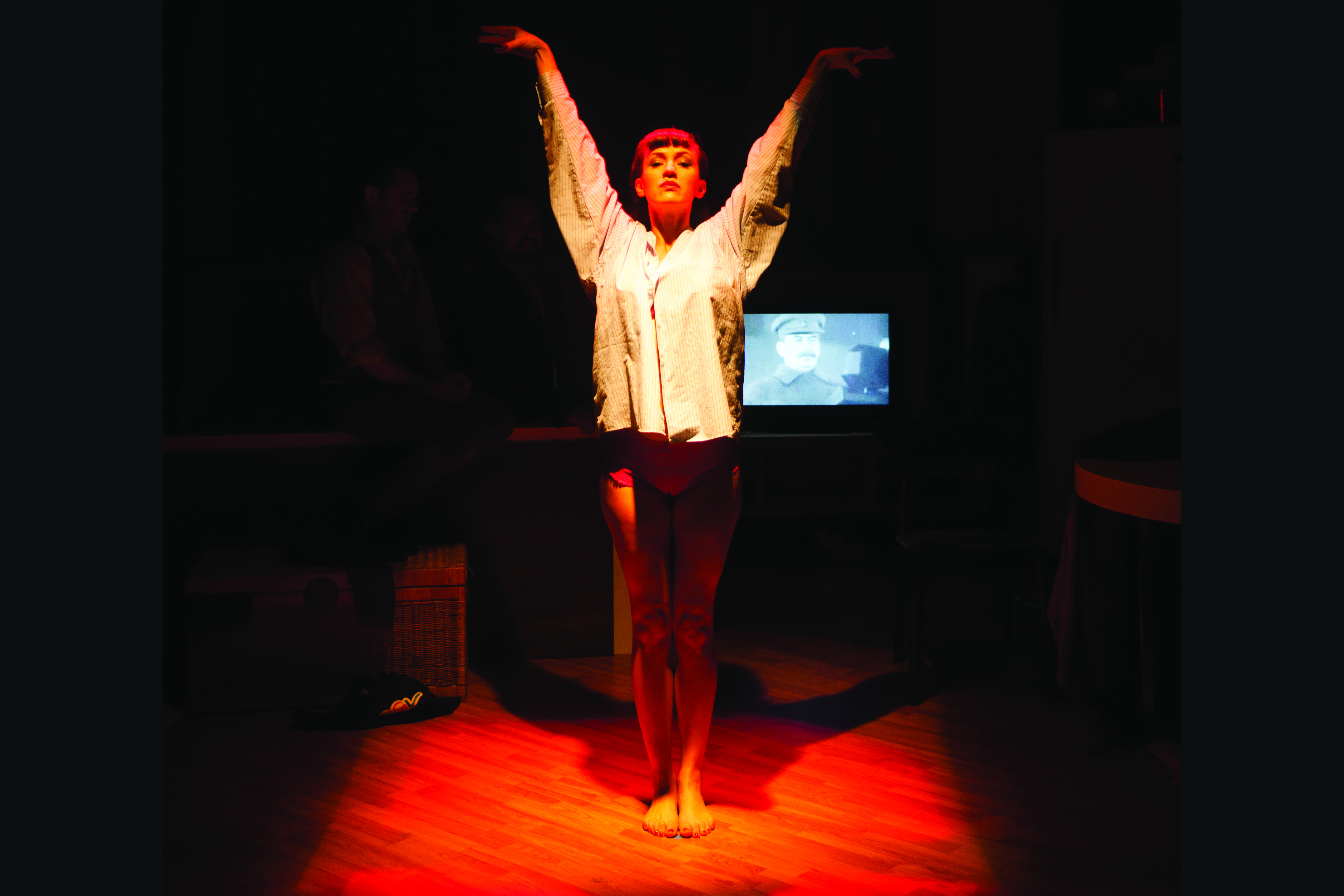 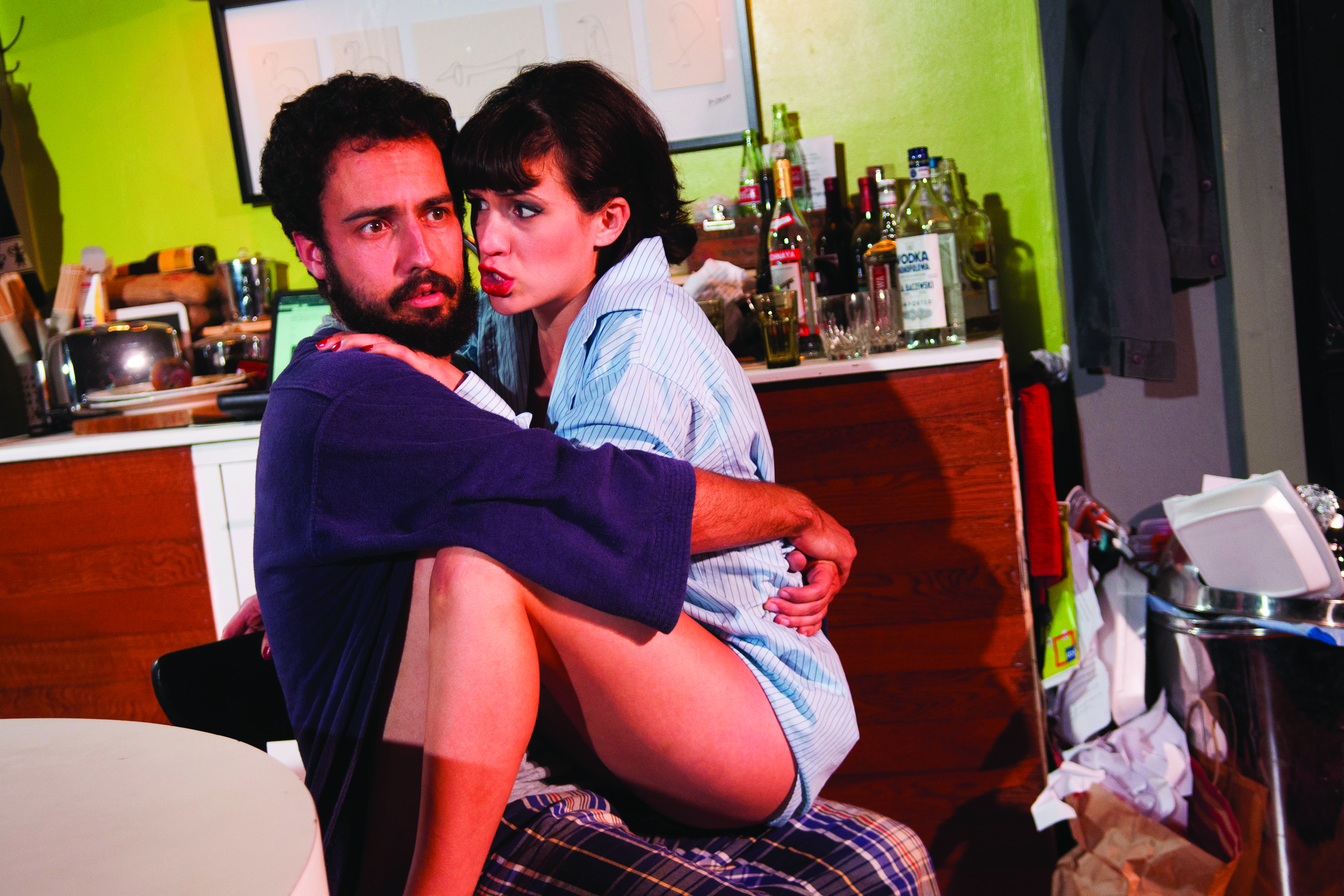 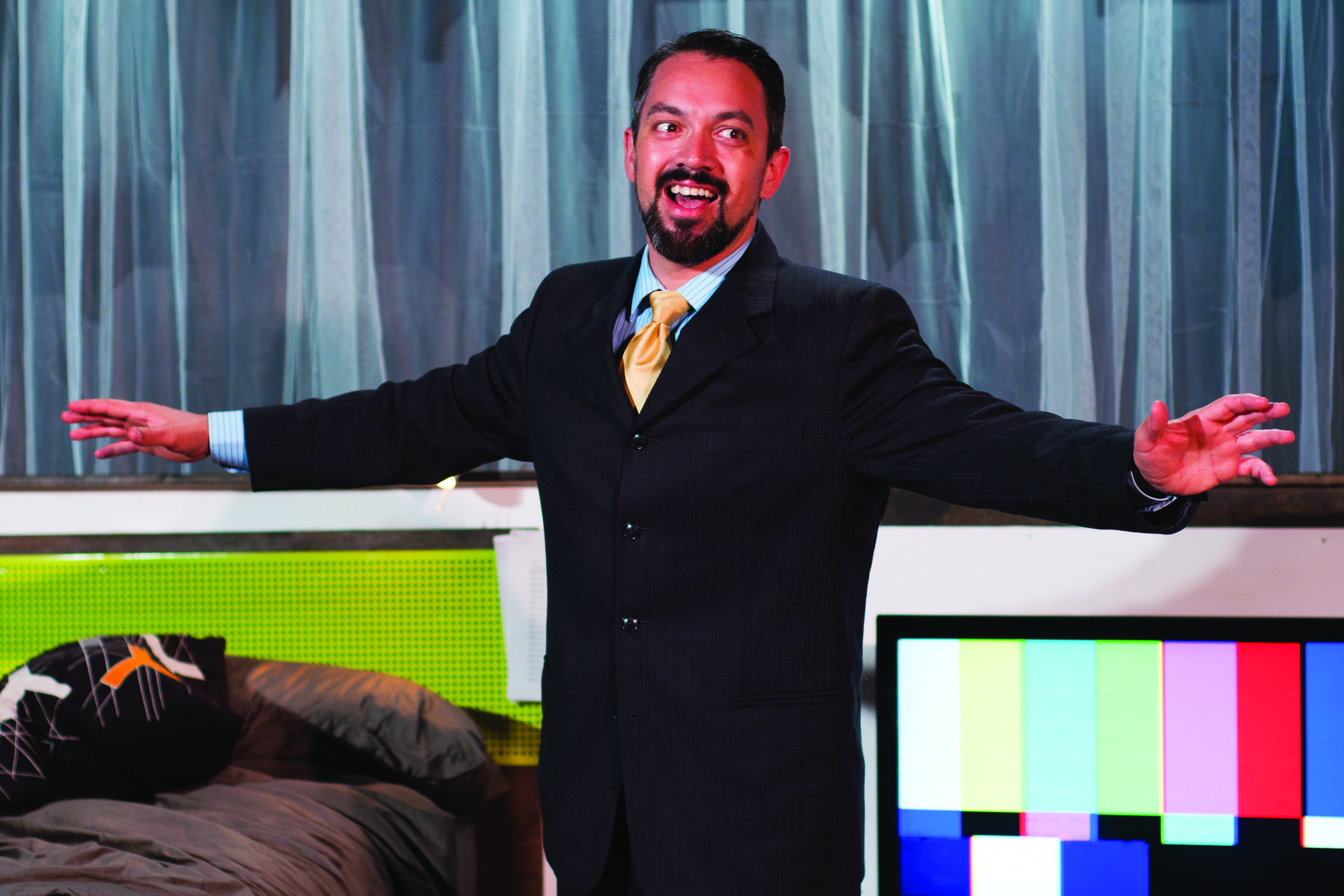 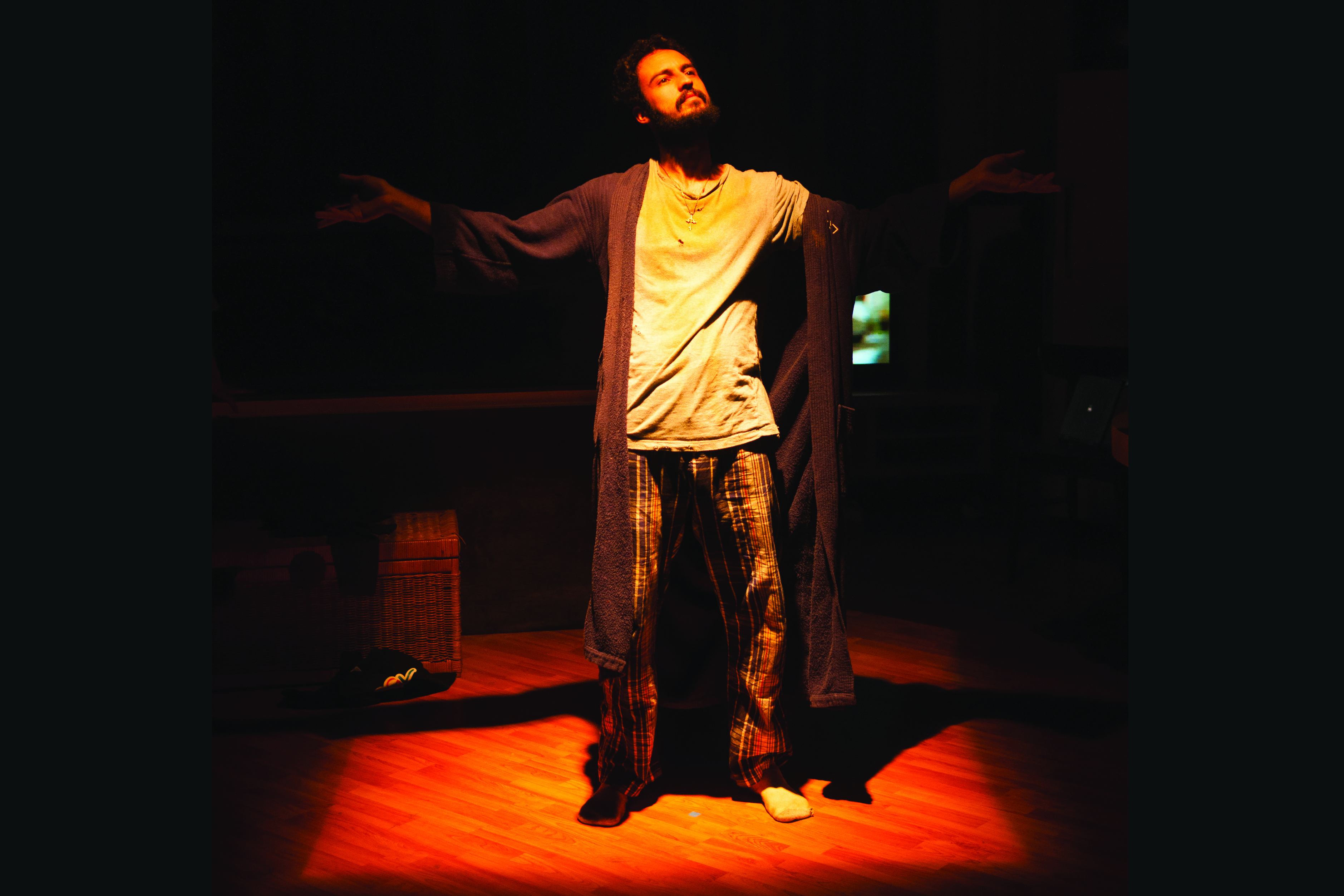 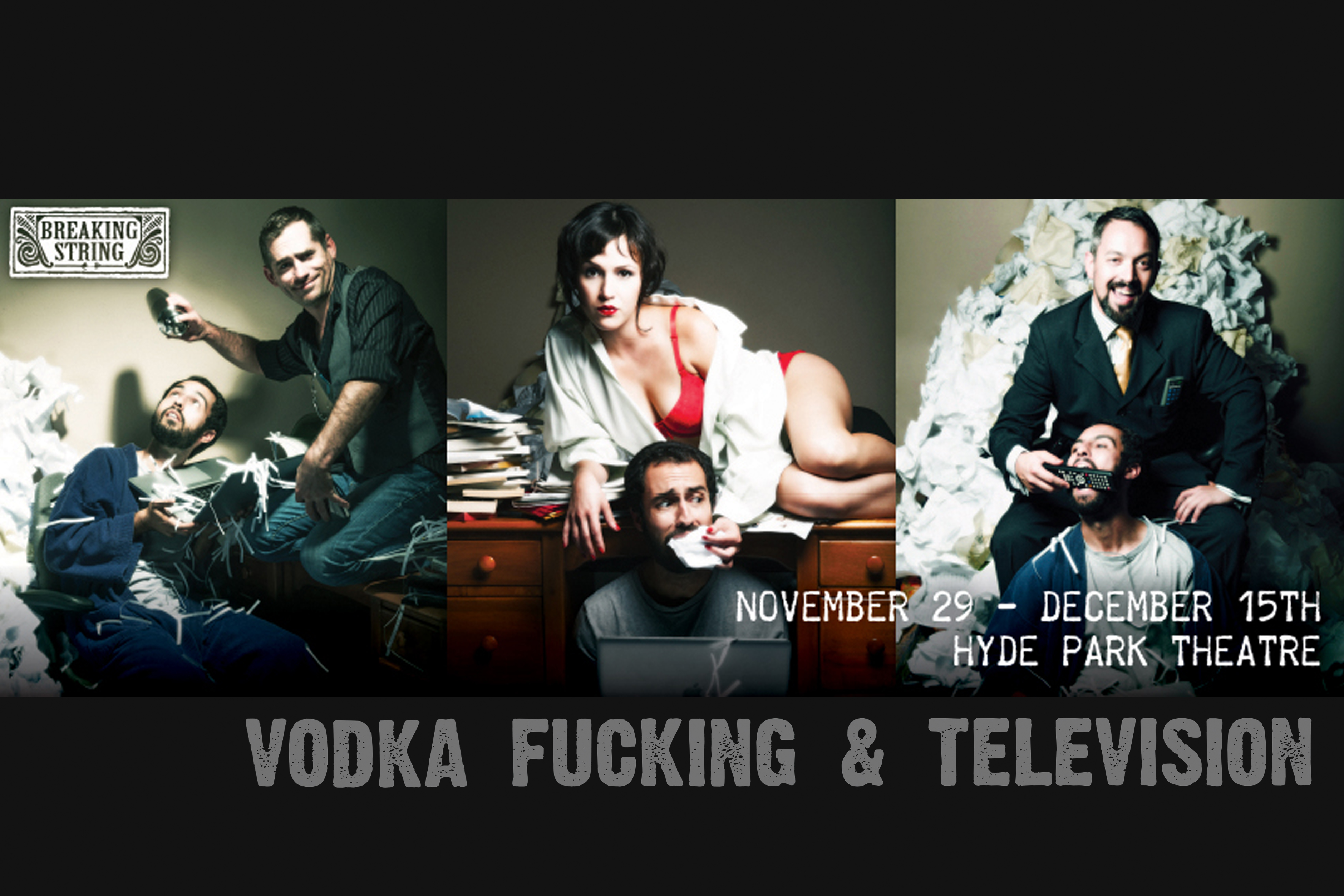 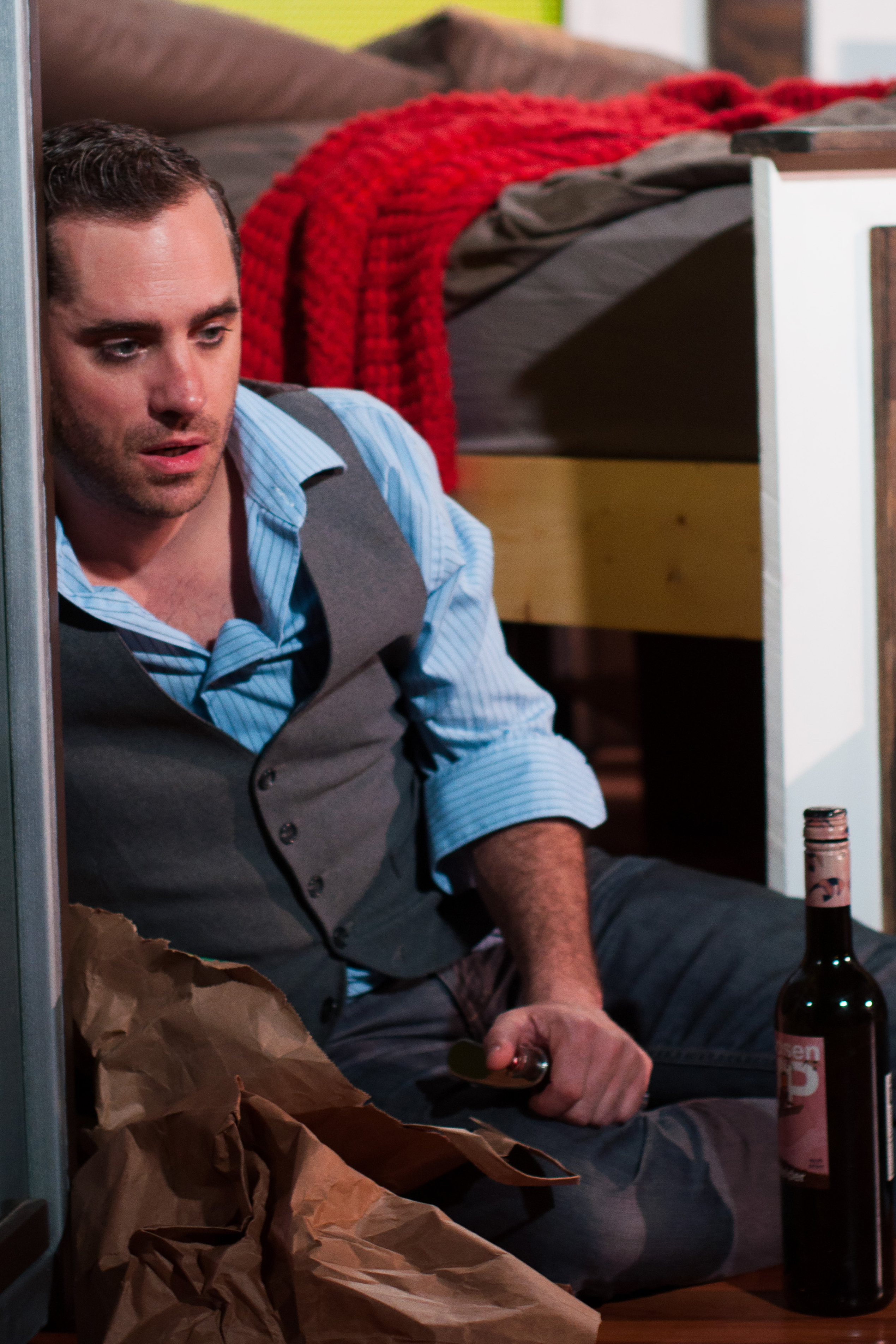 "I must, must renounce something." 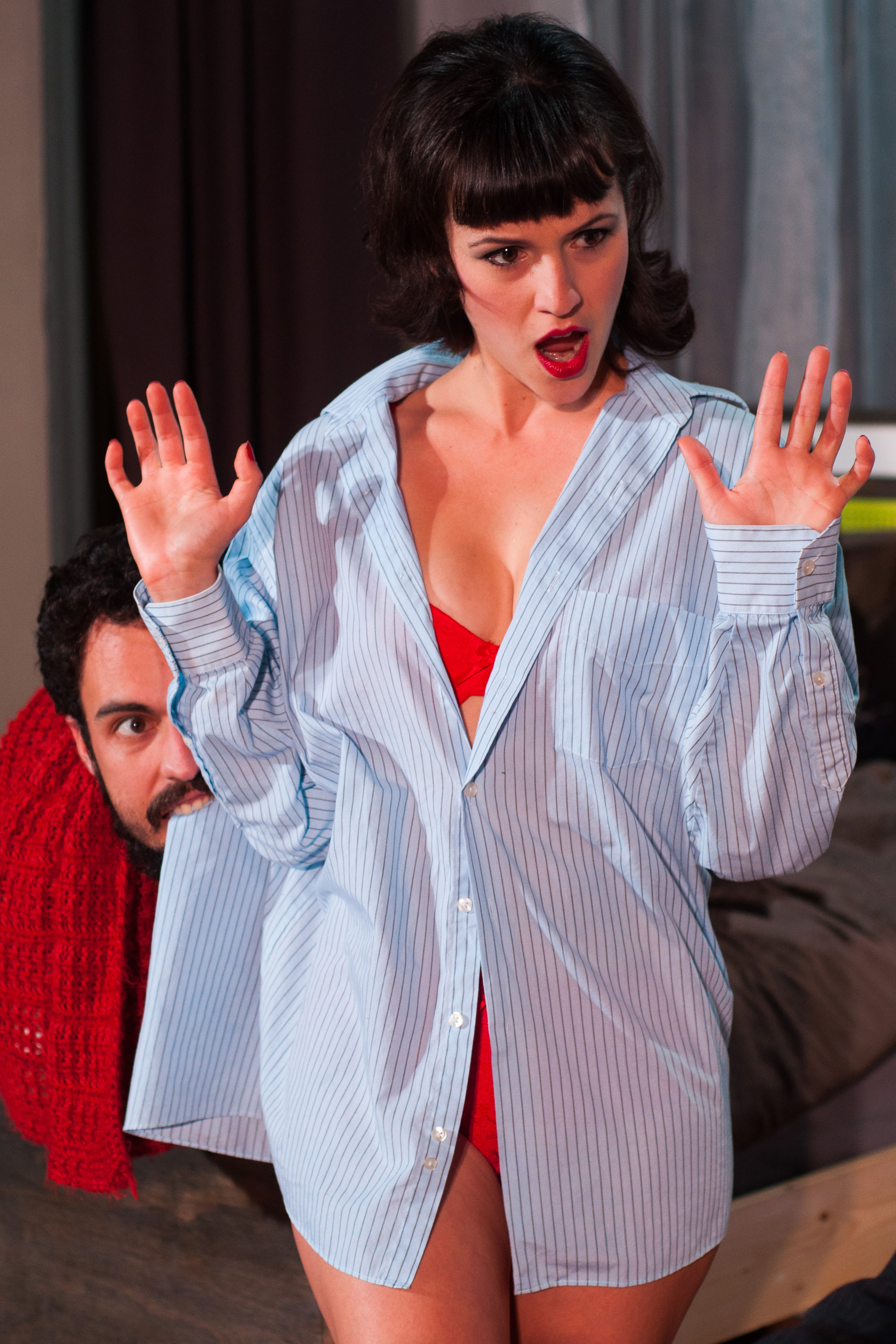 “What follows is a power struggle of shifting alliances, a courtroom drama-style series of persuasive arguments…It’s a funny, fast-paced hour of performance, aided strongly by the chemistry of the show’s likeable cast and Liz Fisher’s strong directorial choices.”
— Dan Solomon, Austin Chronicle

“I’m glad to say that with its witty script, skillful direction, and extraordinary cast, Vodka, F***ing and Television…will easily win you over.”
— Jeff Davis, BroadwayWorld.com

A Director in Austin Discovers Russian Drama: Interview with Liz Fisher
Originally published by John Freedman in the Theater blog of The Moscow Times